“Bayonne, 1937”, this time. In the same old photo album which inspired my last post, Photomaton, I noticed a series of photos, obviously taken in the same settings, but dialoguing as well through a touching detail: the photographer’s shadow is visible on each one of them. The two friends photographed each other in the same spots. They could not take a selfie of themselves together, but one another’s shadows are present on the photos. Thus, that powerful afternoon sun in Bayonne made it possible to preserve not only moments of a trip, but an incarnation of friendship.

Many of the photos in the album are organized in series – these two observations put together help me conclude that the owner of the album had her own camera, and that she enjoyed photographing friends, family and even strangers (as in a series of photos taken on the beach at Malo-les-Bains). 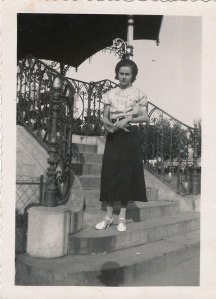 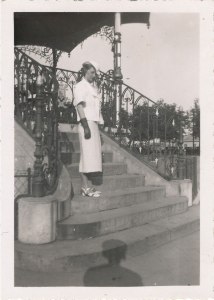 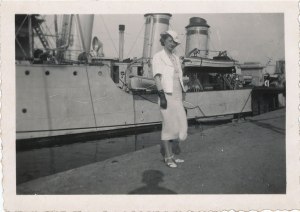 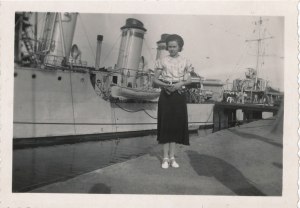